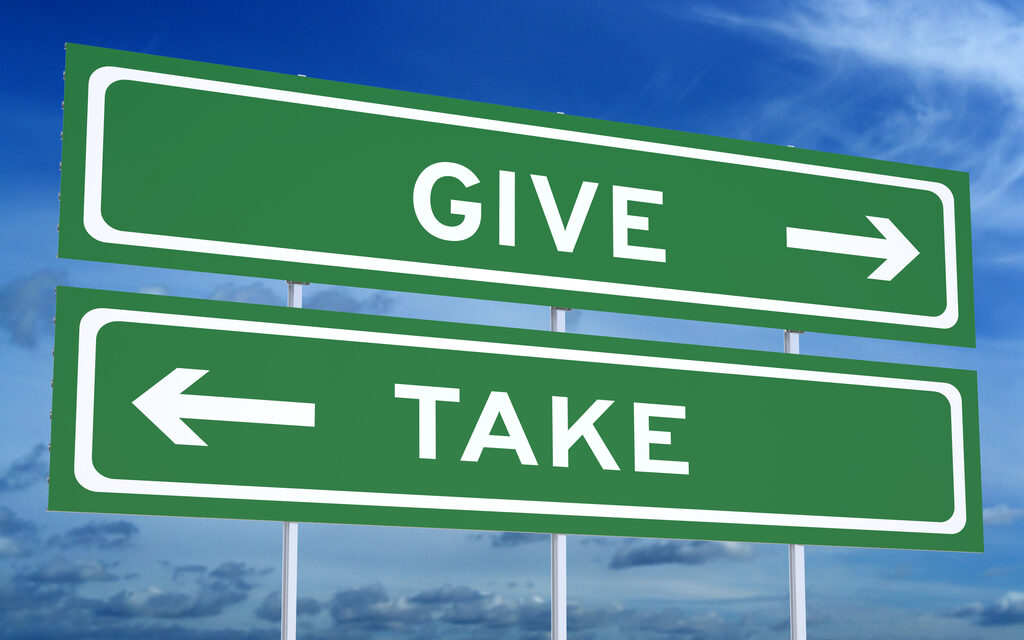 Have you ever heard the term “I owe you one”? Normally it is said to someone who did a favor for the other and expects the favor to be returned at a later date.

It’s like the concept of carpooling. This week you take the group in your car, and there is an understanding that the next time someone else is assigned to drive.

What if one passenger got his ride but on the day for him to return the favor, he says he doesn’t feel like driving that day? It would be absolutely unfair, right?

The first time may even be understandable, but if it happens time and time again, it would become offensive. It’s easy to not “feel” like doing something when it’s your turn to fulfill your part of the agreement. What do you think the reaction of the others would be? I’m sure they would think that they were being played, and for sure, this would cause problems. Everyone would agree that this one was just taking but not giving anything.

Remember it’s give and take, not take and take!

This concept is pretty much the same as this Bible verse;

If you do your part by confessing Jesus, which means to obey everything that He directs you to do, to obey Him in your daily actions, He will surely confess you before the Father in heaven. Which means the blessing and protection from God will come into your life.

Don’t go with the flow of this world, be the faithful carpool driver that fulfills your obligations, and you will never be kicked out of this heavenly carpool!

And in the end, you will be taken to your final destination; the eternal life of peace.

May the God of the Bible bless you.